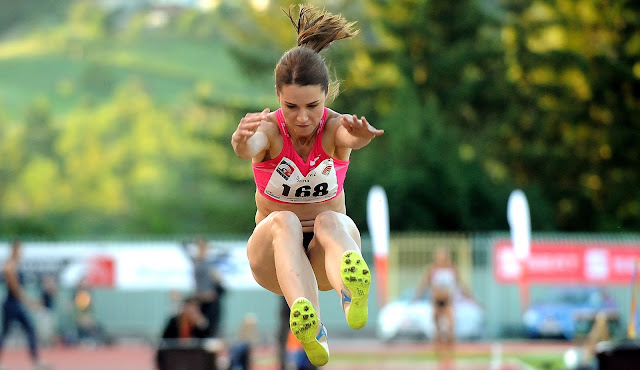 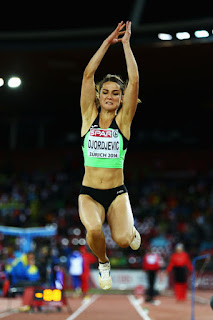 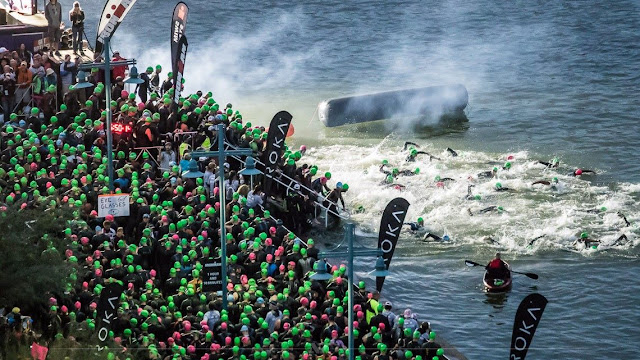 On a surprisingly cold and windy day in Tempe, Ariz., 51-year-old Synergy Team Member Xavier Marin plunged into Tempe Town Lake with hundreds of elite athletes to compete in his first IRONMAN triathlon in 10 years.

“The start of the swim is crazy for everyone,” Xavier said. “There is so much anxiety, so much energy. People are grabbing each other. When I finished the swim I couldn't wait to get on my bike. I felt strong when I was biking and steady when I was running.”

Thirteen hours and 11 minutes after he took off from the starting line, Xavier triumphantly crossed the IRONMAN Arizona finish line, which means he swam 2.4 miles, biked 112 miles, and ran 26.2 miles. Racers aren’t allowed any outside support, including headphones, which makes completing an IRONMAN both a mental and physical fete., The 6 ½ pounds Xavier lost on race day proves it.

Despite the sleet and rain, Xavier was able to keep the pace he maintained in the half Ironman he completed a few months before. He was even able to shave two hours off of his best time, proving that optimal health is attainable at any age. As a public speaker, life coach, general contractor, and father of two, Xavier knows how to take action to bring a vision to life.

“It was a year ago that I committed myself to be in my best shape of my life,” Xavier said. “I’ve been in great shape in the past, but I wasn’t into nutrition. I trained through the year with SLMsmart Health Shake, ProArgi-9+, ProArgi-9+ Active, the V3 System, and e9.”

In his late 40s, Xavier said he was slower than he had ever been and figured old age was beginning to set in. When Xavier began taking Synergy products, he discovered improved endurance, the energy to push his body to go faster, and a timely recovery after training, which led him to believe that he was missing key nutritional elements in earlier training.

“The body is an amazing thing,” Xavier said, “you just have to take care of it. Mentally, people start telling themselves they are getting older. Before the race, people were asking, ‘are you sure you can get this done?’ And I told them there is no way I’m not going to get it done.”

Xavier will add his Ironman victory to the many stories he uses to inspire others to take action on the things they want out of life. If you are an athlete that wants a cutting edge, Synergy will help you sustain, endure, and recover.

“Now, I really want to get the word out there to athletes about Synergy products,” Xavier said. “It has always been marketed to people with ailments, but it can actually provide real and impactful benefits to serious and recreational athletes. If you are an athlete that wants a cutting edge, Synergy will help you sustain, endure, and recover.”
Publicado por EXPRESS-MAGAZINE en lunes, noviembre 30, 2015

These findings support the use of ProArgi-9+ for optimal heart health. Additionally, thousands of people around the world have put ProArgi-9+ to the test and have experienced a broad spectrum of benefits.

Clinically Studied, Scientifically Validated
Scientists at the Hughes Center for Research and Innovation have made several remarkable discoveries on Synergy’s ProArgi-9+ formula, showing that ProArgi-9+ can do what l-arginine cannot do on its own. Following these discoveries, a provisional patent has been filed in the United States to ensure that Synergy maintains exclusive rights to this iconic formula.

Dr. Matthew Tripp, the company’s Chief Scientific Officer who oversees the Hughes Center clinics, shared some insights into their discoveries:

“Numerous studies have shown the cardiovascular benefits of l-arginine. However, our preliminary in vitro and human studies showed that the unique combination of ingredients in our ProArgi-9+ formula enhances the effects of L-arginine within the body in several ways.

DISCOVERY 1: RAPID INCREASE OF NITRIC OXIDE
The body converts the amino acid l-arginine into nitric oxide to support healthy circulatory and cardiovascular function. Although l-arginine alone can increase the surrogate marker of saliva nitric oxide, this is a gradual process. In testing ProArgi-9+, it has been found that its formula significantly and rapidly increases the level of nitric oxide in the body.

The findings of this study are significant because other studies show that aging and poor diet can affect the metabolic systems responsible for producing nitric oxide, causing them to work less effectively. Healthy nitric oxide levels are important for proper vasodilation, along with blood pressure, muscle, heart and central nervous system function*.

DISCOVERY 2: INHIBITS MYELOPEROXIDASE.
Previous studies have shown that l-arginine, by itself, has no significant effect on myeloperoxidase, an enzyme that inhibits nitric oxide production. Additionally, l-arginine has no significant influence on inhibiting the oxidation of LDL cholesterol. The Hughes Center’s preliminary study discovered that the unique combination of ingredients found in Synergy’s ProArgi-9+ potently inhibited myeloperoxidase and helps to reduce the oxidation of LDL cholesterol.